Last Wednesday was my birthday. Brandon and I stayed with my mom's cousin, Cheri, and her family while we went to DisneyLand, CA Adventure, Downtown Disney, and LA for a concert in Disney Hall. It was amazing!

WEDNESDAY: Woke up at 1:00 (well, Brandon did, I never really went to sleep). Drove to DisneyLand, arrived around 8:00 and I got in free for my birthday!! Spent the whole day in DisneyLand, and ran into Nathan Casper, Crystal Araujo, and Natalie Mordwinow while we were there. I wanted to stay until closing, but we were so exhausted we took off around 10:30/11 and headed for Cheri's home. Note that this is the first time we were going to Cheri's. The GPS told us to take a few different freeways (she lives in Mission Viejo), but one of the onramps was completely blocked, so we were forced onto a toll road almost instantly. Not knowing what was going on, I wound up going through a FasTrak lane. I'm waiting for the ticket and am going to try to fight it. The GPS recalculated everything and we eventually made it to Cheri's. The next morning Cheri told us how to get to and from Anaheim just using I-5.

THURSDAY: Woke up a little bit later, and headed over to CA Adventure around 10. Did some rides there, and decided we wanted to go back to DisneyLand so we upgraded our tickets to Hopper passes. Thurs in DisneyLand was chill, even though there were more people, since we had already accomplished a lot that we had wanted to do the day before. I did lots of new stuff in DisneyLand that day that I had never done before, though. We did the walkthrough of the Sleeping Beauty Castle (which was really cool!), walked around in Tarzan's treehouse, found a Mexican restaurant that we ate dinner in, and at CA Adventure I went on quite a few rides I had never done before like the Grizzly and Maliboomer. We stayed on Thursday until closing, and spent the last hour buying souvenirs. I think Brandon wanted to hit me because I couldn't decide on a picture frame I wanted.

Wed & Thurs were fantastic, we got to go on Space Mountain three times, Pirates of the Caribbean three times, Indiana Jones twice, Buzz Lightyear twice, Star Tours twice, Twilight Zone Tower of Terror twice, CA Screamin twice, Maliboomer twice, and we did PLENTY of other rides on top of that.

FRIDAY: We slept in, and spent a lot of the day at Cheri's house watching Instant Netflix movies on my computer. In the afternoon we went to Downtown Disney and shopped around, and then headed to LA to the Walt Disney Concert Hall to see the National Youth Choir of Great Britain perform a set of music almost entirely composed by Eric Whitacre. That's only half the amazing part, though. Well, actually that's a third of it. The other two parts were that A) the concert was conducted by the amazing man HIMSELF! and B) there was a Q&A session before the concert with Eric and his colleague Tony Silvestri, who writes a lot of lyrics for Eric's music. SOOOOOOO GOOOOOOOOD.

SATURDAY: We went to Downtown Disney again in the morning to visit Build-A-Bear (we were going to Friday but ran out of time before the concert). I made a rabbit named Peter (what rabbit isn't named Peter?) and appropriately dressed him in a Disney Peter Pan outfit. Brandon made a monkey and dressed him in pirate attire. The monkey is named Captain Geomu, and is apparently to be Brandon's companion whilst playing the infamous Pirates game. After our last excursion to Downtown Disney we drove home, where I had my first experience with Sonic Burger, which is nothing to write home about. P.S. In case you did not know, Build-A-Bear is having a promotion through the month of August where any animal+outfit+shoes is $29.99, so if you were thinking about going, now is the time to do so!

Sunday was the YSA Conference, which was good, but I have to be honest in that I was so exhausted that I slept through part of it. I really enjoyed Relief Society, though, which is something I don't get to say too often.

On another note, I signed up for a fitness yoga class and a symphony class to take this semester on top of my GE classes; we'll see how those go. 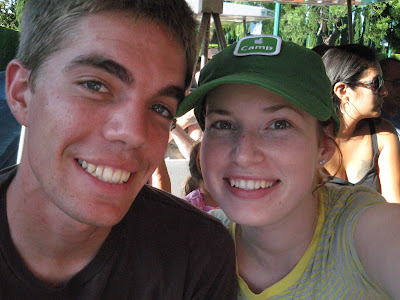 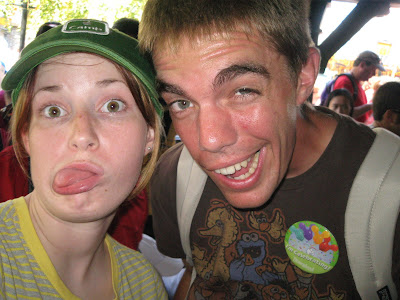 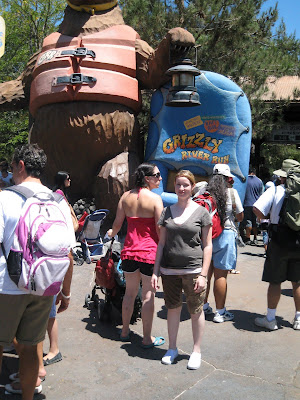 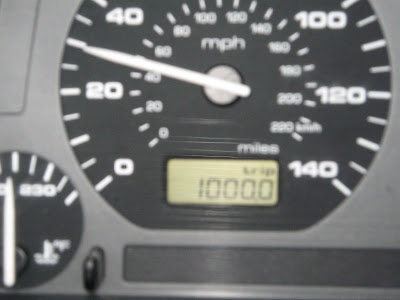 Toni Lynn
I'm an Apple nerd and a recently converted shutterbug, and I'm married to the most amazing man!